YESSS! Got a guest ID, unions here I come! But not tonight, tonight I am going to meet some of Mariam’s friends from uni (if I can get a hold of her and find out what’s happening that is). It’s a Mojito and Mario night I believe but I’m not entirely sure what one of those entails. Guess I’ll find out.
Posted by Unknown at 10:11 No comments:

Treating myself to breakfast!

Left Mariam's so early and I'm already parked in Espresso House (coffee shop) looking through flashcards - and downing copious amounts of coffee. Decided to depart (despite a valiant effort on Mariam's part to make me stay) as Valter, Mariam's boyfriend, was coming round for breakfast. He just got back from Uni in Scotland so I thought I better leave them alone. Going for fika with a friend; Oskar (also just back from Scotland), today and hopefully Emma and him will join us so I'll see him later today anyway. For those reading who don't know what "fika" means its probably the best Swedish word there is. It can mean a whole range of different things, but in this case it means going for a drink and a snack as friends. Right back to flashcards. Its so hard to concentrate here though, I keep eavesdropping on other people's conversations.
Posted by Unknown at 00:38 No comments:

Have you heard about the water thing? VA Syd is telling eveyrone who lives in the Lund area to boil the water before they drink it because they found high levels of bacteria in it. I swear its not placebo effect but my stomach has been weird for the past 2 days. So I pulled myself round to Mariam’s to meet up with her, Emma, and Elsa. Cosy time and gossip on the agenda. Have a good evening everyone!
Posted by Unknown at 12:37 No comments:

Snow? But we were so close to spring!
I was out in the sun in just shorts and  a rugby shirt this morning. Fair enough I was running but still, it felt really mild and it even smelt like early summer does in the mornings. Now look at it. How depressing.

And then there were two 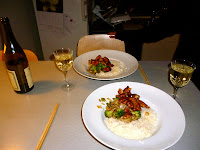 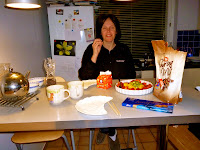 My dad flew off to the US for a conference, my sister is in Vienna visiting friends there and my brother is at a sleep-over. That leaves me and mum. Its so weird being in such an empty house after living in halls where there are always tons of people around to annoy at any time of day. We decided to make the most of it though and had lovely dinner for two. My mum was so sweet and had been out and got all the ingredients and rented (yes she is quite possibly the only person alive that still rents) films while I was out. Time for film-watching, have a good evening everyone! 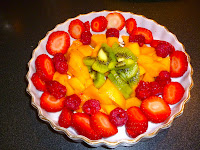 Hmm going out is probably not going to happen tonight. However I’ve moped around enough by now and decided to spend the day going on a summer-job hunt in Sweden. Originally I was hoping for a summer internship in the US at an organization called Free The Slaves but I haven’t heard back from them yet. Its an internship so I wouldn’t be making any money but the organization epitomizes everything I want to work with once I am done with my law degree.

I only realized this is what I wanted to use my law degree for quite recently after having watched a TedTalk on slavery given by Lisa Kristine. Modern day slavery is a topic which attracts far too little attention in the media. Did you know that there are 27 million people trapped in slavery? That’s double the amount of people who came out of Africa during the entire transatlantic slave trade. That’s 27 million people who are “forced to work without pay, under threat of violence and unable to leave.” I definitely recommend watching the TedTalk, here is the link: http://www.ted.com/talks/lisa_kristine_glimpses_of_modern_day_slavery.html

Horrendous isn’t it? Do you know how much it would cost to free the average family in India from slavery and help them set up a sustainable life? About 150 dollars. Of course helping people out of slavery and into a stable lifestyle is more costly in countries such as the US (about 30 000 per individual) but the global average means that all 27 million modern-day slaves could be helped to freedom for about 10.8 billion dollars. In 2011 the US spent 11 billion on soft drinks. 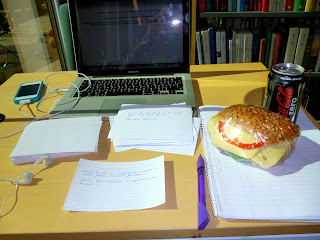 Failed at getting a student guest ID. Mariam ever so kindly went and tried to get me one today but they needed a current student card to prove that I am in fact a student. I left mine in Scotland :/
Still we will go back and try again tomorrow. I have been incredibly studious and had a very product morning exam revision wise. About to go on a well deserved lunch break. Haven't been outside at all today though and I'm beginning to feel restless. Its such nice weather I might try and talk myself going into a run this afternoon. Outlook: slim.
Posted by Unknown at 04:49 No comments: